In a dairy farm in the Great Plain 100, on the morning of September 17, 2018, the Dairy Industry did not deliver milk from the morning and evening milk the previous day, due to the measured aflatoxin M1 0.100 μg / kg contamination. 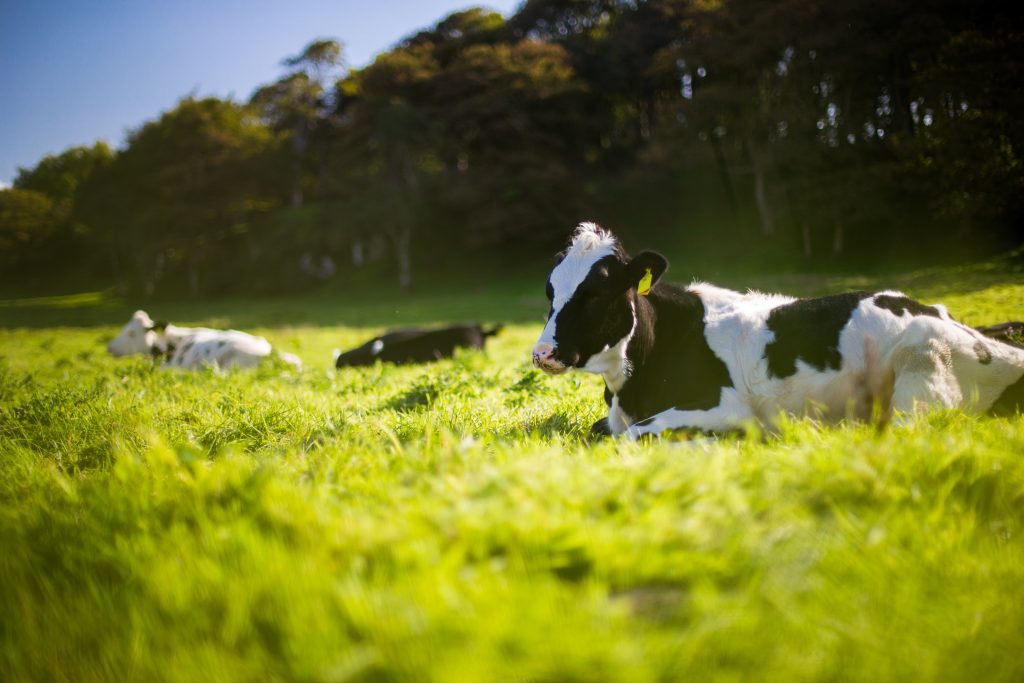 The day before, the composition of the fed feed mixture (TMR) changed in that the maize meal was mixed from a new crop at an unchanged daily dose of 6.30 kg / cow. On September 16, a refusal from the cows was already spotted.

Accepting our recommendation – knowing the ability of Vitapol pulvis to bind Aflatoxin – it was already mixed into the afternoon TMR at a dose of 200 g / day / cow. On 18 September 2018, a toxin test was performed by NMR for all its components. The suspicion was confirmed, this year’s cornmeal contained high levels of aflatoxin B1 contamination that exceeded the upper measurement limit of the instrument. After feeding the contaminated feed, the toxin level in the milk rose above the limit within 24 hours. Feeding Vitapol pulvis at the recommended dose confirmed the expected appetite-enhancing, aflatoxin-binding, depleting effect. The next day, the appetite returned, and the aflatoxin M1 contamination of the milk from 19 milkings fell below the permissible limit, to 0.042 μg / kg; the milk measured 0.027 μg / kg on the 20th, and 0.020 μg / kg on the 21st. Since then, aflatoxin has not been detected in milk.

As the laboratory test result also showed DON toxin contamination, it is further recommended to feed Vitapol Antitox toxin binder at a dose of 20 g / day / cow together with Vitapol Pulvis. In total, to supplement the feed of all producer groups, we recommend feeding Vitapol pulvis 100 g / day / cow to supplement the food safety and animal health risk, and depending on mycotoxin contamination, we recommend feeding Vitapol Antitox simultaneously at 20 – 30 g/ day/ cow.

TOXIN BINDING EFFECT WITH ONLY 1% VITAPOL CONTENT VITAPOL BINDS 65-70% OF AFLOXIN PROTECTS PROTEINS IN THE RUMEN IMMUNE STIMULANT ANTIVIRAL EFFECT DETOXIFYING EFFECT REDUCES THE RISK OF RUMEN ACIDOSIS HELPS IN THE MORE EFFICENT UPTAKE OF MINERALS IN ORGANIC FORM HAS BEEN WORKING FOR 15 YEARS – BASED ON FARM EXPERIENCES.

Based on the tests performed in the Bábolna Accredited Feed Testing Laboratory, the administration of VITAPOL 100 g / cow / day inactivates at least 60-70% of the Aflatoxin content of the feed. This effect can be further increased to some extent by increasing the dose. When VITAPOL is used or when the toxin feed is stopped, Aflatoxin M1 is eliminated from the body in 4 days to such an extent that it is no longer detectable in milk.

In Hungary, Fusarium spp. F2 and ZEA, trichothecenes, T2 and DON toxins and Aspergillus spp. and aflatoxin and ochratoxin-A produced by Penicillium species often cause contamination in feed. The aflatoxin produced by Aspergillus flavus has so far spread more in the Mediterranean countries, but with climate change (warm dry summers, rainy autumns) Hungary already belongs to the endangered region. Aflatoxin is mostly found in grains — corn, silage, TMR, and by-products.

Cattle can break down some of the toxins by rumen bacteria and are therefore less sensitive, but toxins in high concentrations can still cause serious reproductive and metabolic disorders. In large cows, rumen passage is faster due to high feed intake, thus reducing the rate of toxin degradation in the rumen.

Aflatoxin is more special than its other counterparts because it is absorbed through the mucous membranes of the digestive system, enters the bloodstream, and in addition to damaging the liver of the animal (aflatoxin B1), it also enters the udder and milk with the blood. It can be detected in milk, cheeses and other dairy products (aflatoxinM1). When feeding feed containing aflatoxin B1, aflatoxin M1 can be detected in milk after only 4 hours!

Aflatoxin accumulates in the human body and contributes to the formation of tumors (cancer)!