The Galgamenti Mezőgazdasági Ltd. farms about 3,000 hectares of farmland in the vicinity of Tura. 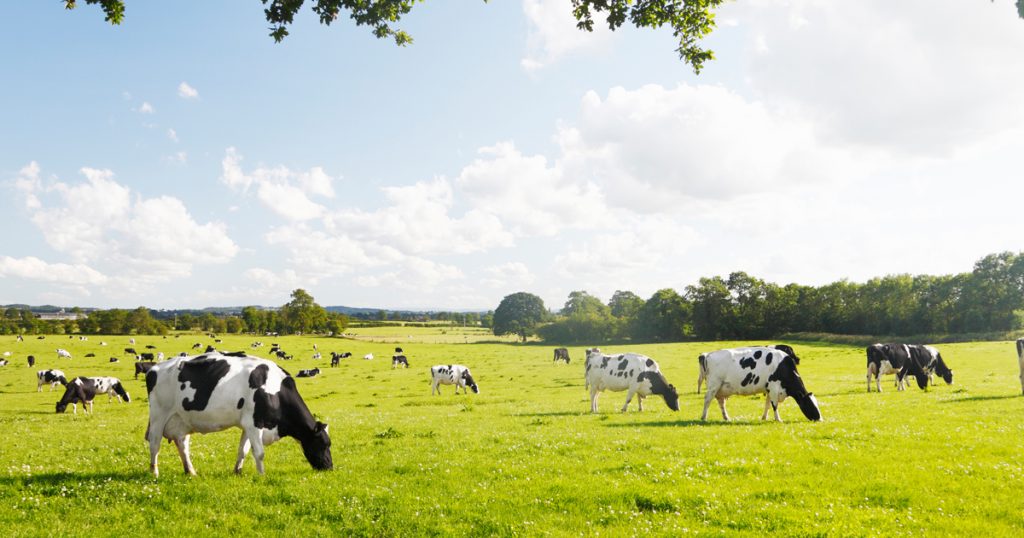 Dairy farming complements crop production as the main profile, the herd is made up of 700 black-and white Holstein-Friesian dairy cows, and around a 100 calves. The milk production reaches approximately 7 million liters per year.

Nothing proves the special value of this herd better than the fact that this year, not for the first time, the proud owners returned home from the Great Plain Animal Husbandry and Farmer Days in Hódmezővásárhely with the Grand Prix and the prize for the most beautiful udder.

Raising a population of 800 animals poses a particularly major responsibility on their livestock branch, as a variety of anomalies could easily develop amongst this many cattle kept on the same farm. Fortunately, this is not the case with Galgamenti Mezőgazdasági Ltd., as they are equipped with one of the most modern facilities in the country, and they take special care to the feeding of their animals and supplying them feed additives. In such an intensive production, the latter are nearly essential.

Six years ago, the company started feeding the herd with the powder-form Vitapol Pulvis, we learned from László Illés, head of the branch.
The herd is fed the preparation daily: an identical feed blend is mixed following a precise recipe in the feeding trolley. The active ingredients of Vitapol are humic acids and organically bound minerals formed during the several thousand-year decomposition processes of organic plant material. The humic acids form complex compounds with the minerals, thus increasing the efficiency of their absorption. The natural antibacterial, viral and fungicidal effects of humic acids have been known for thousands of years. These qualities help to strengthen the immune system. Due to their large surface area and chemical structure, they bind and excrete toxic substances from the body and regulate the intestinal flora.

Vitapol Liquid is the more advanced, liquid-form variation of the aforementioned feed supplement composition, which the dairy farm feeds to calves younger than 40 days, individually administered to each calf by so-called milk taxis.

While the previously used Vitapol suspension contained some coarser granules, these are no longer present in the improved humic acid formulation. The development was necessary in order for the milk taxis, which are more and more common in modern in calf rearing technologies, to be able to dispense the mixed liquid. The perfectly water-soluble form also allows the administration of humic- and fulvic acids using a dosatron. Previously, the coarser particles made this impossible by clogging the equipment’s filter.

László Illés drew attention to the fact that the herd is not vaccinated against E. coli, rota- or coronavirus, so it is especially important that the calves build adequate resistance during the milk feeding phase, in which Vitapol Liquid provides effective help.

As we have learned, the business has seen a lot of changes in the recent years: there has been a significant increase in milk yield, the content has improved, the somatic cell count has decreased, and there have been continuous investments and upgrades on the farm. According to László Illés, our product is able to reduce sudden fluctuations. There should be no sudden outburst of gastrointestinal problems or changes in immunity during feed changes, that is, production should be stable.

Since we administer both Vitapol Pulvis and Vitapol Liquid constantly, we will never know what would happen to the herd without it. What we know for sure, however, is that even during periods of constant change or harsher conditions, such as the past long and warm summer, we can nurse our animals without any complications by using this feed supplement, and even achieve high production. Our reproductive biological results have also improved, even with an increase in milk production and the shorter time between two calvings. This year will be the first year when we also expect our medicine usage to decline.