In the footsteps of Phylaxia pharma

Just like our vehicles, let's prepare our chickens too for the winter! 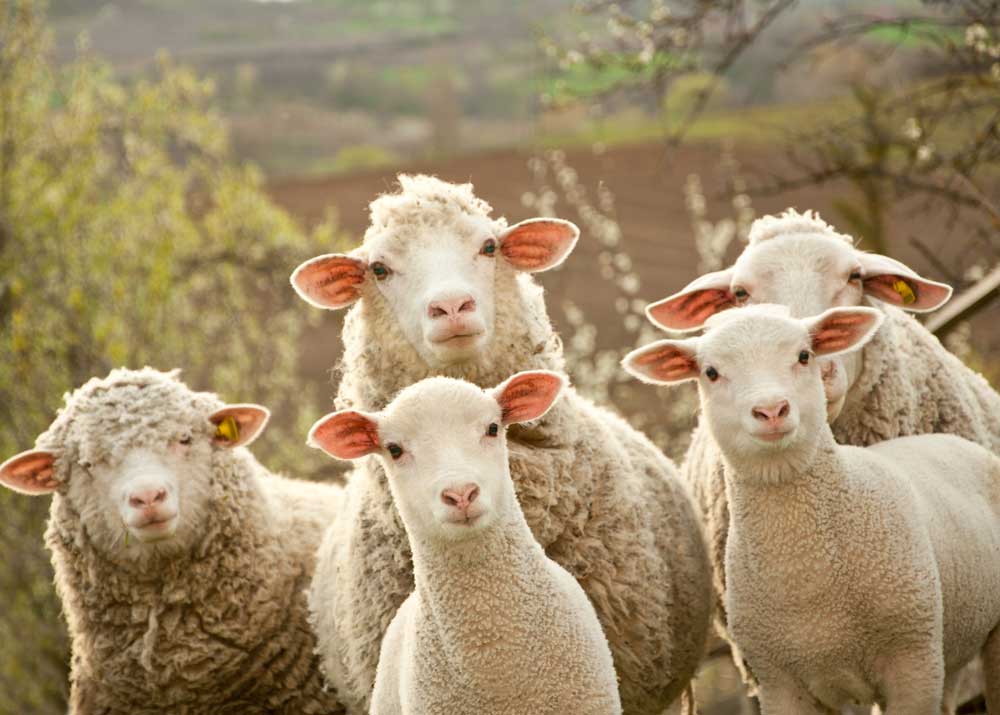 With the advent of winter, all living things need increased resilience, and poultry flocks are not an exception. Although husbandry technology can somewhat compensate for weather conditions, the cold temperatures outside and the warm, humid indoors weather often cause serious respiratory illnesses. This can result from poorly set ventilation technology, such as improper angles and air speed.

The outcomes of these diseases are most often higher mortality rates, reduced mobility and limited food intake. As a result, weight gains do not live up to the expectations. This is a logical outcome – if a person has a runny nose and clogged nasal passages, they would also lose appetite.

Here I would like to highlight a very important thing that can also lead to respiratory complaints (like bronchitis). Even in the winter months, we must pay special attention to proper stable ventilation when receiving animals, due to the high CO2 production. CO2 is heavier than air and therefore sits at the bottom of the barn, invisible to humans.

When exposed to CO2-rich air, chicks will not develop lungs properly and the formation of red blood cells will also be significantly reduced. Noticeable consequences occur only at a later age (3-4 weeks). Underdeveloped lungs cannot support high body weight, and we end up with panting, distressed and inadequately growing animals.
Adding liquid vitamin, mineral and amino acid products into the drinking water is recommended to prevent, or supplement the treatment of these diseases.
Poultry kept in intensive production systems are particularly susceptible to vitamin deficiency (Scott et al., 1982). The reasons for susceptibility are: (1) poultry has little or no benefit from microbial vitamin synthesis in the gastrointestinal tract, (2) poultry has high vitamin requirements, and (3) the increased stocking density of modern technologies increases the sensitivity of birds to stress, which may further increase vitamin requirements. Birds have less vitamin synthesis due to a shorter intestinal tract and faster digestion. A bird kept in a cage has more difficulty accessing faeces (coprophagia), so they need more vitamin supplements.

During the winter, I recommend the weekly use of the following products to increase the resilience of our poultry:

Summary
The intensively raised poultry flocks are exposed to more stress compared to those kept extensively, therefore, in order to offset the weaker health conditions in the intensive farms, vitamin and mineral supplements are regularly administered. The aim of my experiment was to evaluate the effects of a special mix of vitamin and mineral supplements (Gastroferm M+C® powder, Jolovit® solution, Norovit-Amino Forte® solution, Tetravit AD3E Forte® solution, Tetraselen-400-E® solution, Phylamic® solution and Vitaplan DCP® solution) on the production parameters (mortality, daily weight gain, feed conversion ratio) in broiler chicken, duck and grey goose experimental groups compared with control groups given no supplements, and based on the results to make a cost-benefit analysis. The experiments were carried out between June 2012 and March 2013 with 36,043 Ross 308 hybrid broiler chickens (17,965 tested vs. 18,078 control). In the cost-benefit analysis the average cost and price data of the last quarter of 2012 and those of the first quarter of 2013 have been used. In the experimental Ross 308 hybrid groups the mortality rate decreased by 0.6 percentage point, the slaughter weight increased by 0.11 kg and the feed conversion ratio diminished by 0.13 kg/kg compared to the control group. In the experimental duck hybrid groups the parameters improved to a lesser degree: 0.7 percentage point less mortality; 0.03 kg more slaughter weight and 0.06 kg/kg smaller feed conversion. In the experimental grey goose group the mortality rate and the feed conversion ratio have not changed, however, the average slaughter weight was 0.24 kg larger in the control group. Based on the production parameters surveyed in the experimental broiler chicken flocks the benefit of this supplement mix administered was 10.9 times higher than their costs, resulting in 41.48 HUF extra profit per marketed chicken on average compared to the animals in the control group.

The poultry sector has a prominent role in agriculture not only in Hungary, but worldwide [1]. Poultry production is faster and more cost-effective than that of mammals. The gradual catching up of the Global South and the change in the diet of their inhabitants require an increase in global meat production year by year. Among animal products, the demand for poultry meat is growing most dynamically, which the poultry sector can only meet by introducing increasingly intensive farming technologies.
In the Hungarian poultry sector, the cost of feed accounts for more than 70% of total production costs on average [2]. Since the farmer cannot change the grain prices, as they are usually determined by integration, they try to reduce the other costs [3]. The aim of the present study is to assess the beneficial effect of vitamin and mineral supplements on production indicators in rearing broiler chickens, and to demonstrate by economic analysis that their use is cost-effective.

2. Outlook on the economic situation of the global and domestic poultry sector

2.1. The poultry sector’s situation in the global market

In the XX. century, especially in its second half, the modern poultry industry developed faster than any other livestock sectors. Not even the global economic crisis at the beginning of the XXI. century, coupled with falling in demand and rising feed prices have been able to hold the sector back, which is still expanding, although not as dynamically as before. The annual global poultry meat production in 2011 reached 100 million tons. By 2020, this amount is projected to exceed 122 million tons [4]. Due to the reproductive biological characteristics of poultry species, this livestock sector is the most adaptable to market needs, hence continuous further growth of poultry meat production and trade can be expected worldwide [5, 6]. According to the forecast of Rabobank [7], global poultry meat production in 2030 will even exceed pork production.
Chicken production in the European Union exceeded consumption by 181 thousand tons in 2000, and by 2025 it is expected to increase by another 125 000 tons, meaning that by then it will certainly not become a net importer [8]. At the same time, there are rising costs of increasing administration, stricter animal welfare, environmental and animal transport standards, official controls and laboratory testing expenditure [9]. These increasing costs place a significant burden not only on producers in the economically weaker countries that have joined in the last 10-15 years, but also on producers in the older Member States [2].

During the rearing of broiler chickens, feed accounts for almost three-quarters of the cost of fattening up the chickens. (Figure 1). There has been a strong fluctuation and increase of this in recent years (Figure 2). Purchased feed is the most typical during the rearing process, so the producers’ vulnerability to feed sellers is constant.

Figure 1: Distribution of costs during the fattening up of broiler chickens in 2012 [6]
Figure 2: Development of monthly sales prices of broiler starter compound feeds (2004-2013) [5]
Changes in feed prices of the last 10 years suggest that the development of prices is closely related to the soybeans market, in which Hungary is in a vulnerable position [11]. Price changes in world market are fundamentally influenced by three things. Declining production in larger producer areas, increasing demand for feed due to expanding livestock farming, and rising bioethanol production [12]. While in 2004 feed prices were around 70-75 HUF/kg [9], nowadays the price per kilogram exceeds 100 HUF [8].
Product sales prices, albeit delayed, follow changes in feed prices. Figure 3 shows that following the avian influenza in 2006, the purchase price increased continuously, reaching HUF 240/kg in 2008, but declined later, and by 2010 it was only around HUF 210.

The aim of the study was to evaluate the use of a special combination of vitamin [13, 14] and mineral supplements [15, 16, 17] (Gastroferm M + C® , Jolovit® , Norovit-Amino Forte®, Phylamic®, Tetraselen-400-E®, Tetravit AD3E Forte®, Vitaplan DCP®) on production parameters (mortality, weight gain, feed sales) compared to a control rearing process in which animals did not receive any additional products, and to perform a cost-benefit analysis of using the mixture. The experiment was carried out between June 2012 and March 2013 at a poultry farm in Bács-Kiskun county.

The farm houses 4 large pens of 1000 m2, and several service buildings, in which they are practicing closed intensive poultry rearing. The pens are equipped with automatic feeding, watering, heating and ventilation systems. During the experiment, mixed-sex Ross 308 hybrids were reared. The four pens are suitable for raising nearly 70,000 broiler chickens with all-in-all-out technology. The rearing took place in a 9-week rotation: the poultry was ready for slaughter within 5 and a half weeks, the transport to the slaughterhouse started on the 2nd day of the 5th week, the pens were emptied by the 6th week, 1 week of cleaning and then two weeks of rest took place.

The observed animals were established on 29 November 2012, and transported for slaughter on 7 January 2013 at the age of 38 days. One of the 4 pens was used to observe the tested group and one to observe the control group. One building has the capacity to accommodate 17,800-18,200 poultries. During the experiment, 17,965 tested and 18,078 control animals were observed, which were housed in two separate pens, with identical housing and feeding conditions. The installation density was 17 heads/m2. The farm used a feeding protocol planned for 6 weeks, ad libitum.
During the experiment, the control group did not receive any vitamin supplementation. In the tested group, vitamin and mineral supplements were administered to the animals through the drinking system. The watering protocol used for the experimental broiler group is shown in Table 1. The average water consumption for 17,000 birds on the farm was as follows: at 2 weeks: 2200 l, at 3 weeks: 3700 l, at 4 weeks: 5000 l, at 5 weeks: 5500 l. No curative or preventive antibiotics were used during the experiment in either the experimental or control groups.

The examined production and economic indicators
Since the time of fattening was the same in both groups, the economic analysis in the experiments was based on monetarily quantifiable production indicators of the fattening process, such as slaughter weight, feed conversion ratio and mortality rate. To monitor the weight gain, we performed representative body weight measurements on a weekly basis, respectively, and all birds were weighted at slaughter. Feed consumption during the entire duration of fattening was recorded. The number of deaths and the number and weight of culled individuals were also recorded. Dead animals were necropsied in order to determine the cause of death.

For the economic calculations, the day-old poultry and feed (separate starter/grower/finisher) prices set by the production integration, as well as the purchasing price of fattened or pre-reared animals were used (Table 2).
Table 2: Cost and price data used Tooltip text
The purchase prices of the vitamins and mineral supplements used in the experiment were determined by averaging the prices of three sales outlets – two pharmacies and one veterinary wholesaler. The cost of feed supplementation were based on the product of the purchase prices and of the quantity used.

Returns on vitamin and mineral supplements in broiler rearing

Animals observed at the farm were transported for slaughter at 38 days of age. Vitamins and minerals supplemented over 5 weeks resulted in better production rates in the tested group compared to the control group.

Figure 4: Development of mortality during 6 weeks of broiler rearing

As a result of the more favorable production indicators, the broiler chickens in the tested group had a HUF 41 –per-bird higher gross profit than in the control group. The cost-benefit ratio of the use of vitamin and mineral supplements was 10.9 (which means HUF 10.9 revenue for each HUF invested, i.e. HUF 9.9 net profit), so the cost of the supplements was 989% recovered, which is means significantly higher returns than financial investment (Table 3).

5. Conclusions
Based on the economic analysis, it can be concluded that it is financially advantageous to use the special vitamin and mineral supplementation described above during the rearing process for broilers, however, further studies are needed to determine the favorable composition.