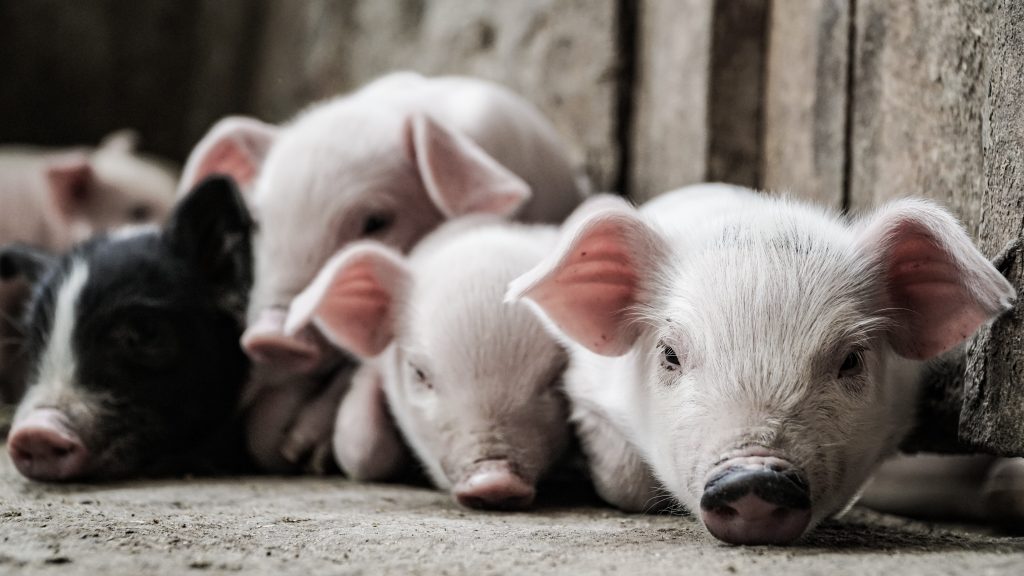 The initial stage of the disease is characterized by epithelial changes in the esophageal region of the stomach. First superficial, then deeper eruptions and ulcers occur.

Bacteria and fungi often settle in the damaged epithelium. They may also play a role in the exacerbation of the disease. Ulcers cause either more or less bleeding, but even larger blood vessels can be damaged, resulting in severe bleeding, and pigs can bleed out. Ulcers cause indigestion, the ailment is often accompanied by chronic gastritis, and bleeding develops anemia, which weakens the animal. Gastric mucosal lesions regenerate, but the process tends to recur. Scarring and narrowing at the site of possible healing can cause stomach upset, which often calls into question the economics of fattening pigs. (Dr. Radnai István 2000.)

In the case of already formed ulcers, humic acid helped the wounds to regenerate. In necropsy animals, less abrasion was observed compared to the control group. This can be traced back to several reasons. One reason is the bactericidal effect of humic acids, which prevented or eliminated bacterial infections of ulcers. Another reason is the high surface activity of the humic acid molecules, with which they formed a protective film against gastric acid on the surface of the ulcer.

The third reason is the beneficial effect of humic acids on cell regeneration. Humic acids form an easily absorbed complex with trace elements present in the feed, including zinc and manganese, thus improving the overall micronutrient supply of the animals. As a component of vital enzymes, zinc and manganese activate cellular metabolism, so that cellular recovery of erosions resulting from the onset of esophageal gastric ulcer can be healed.

Basically, a severe ulcer cannot develop because the lesions are repaired in time – even at the molecular and enzymatic level. This process is particularly important for modern, high-performance pig breeds, which are particularly sensitive to micronutrient deficiencies due to their increased growth rate – micronutrient levels become a limiting factor for healthy growth in many farms.

Thus, in addition to the antibacterial, antiviral and fungicidal effects of humic acids, the organic complexing effect also plays an important role in the prevention of ulcers. In view of the above results, humic acid feed supplements can be successfully used for the treatment and prevention of gastric ulcer in pigs.

In a herd of 2000 fattening pigs, 1% of fattening individuals weighing 90-95 kg died weekly due to gastric ulcer. Liquid was started to be watered 2 weeks after the onset of symptoms, the 650 individuals kept in one barn were given 1.5 liters of water dissolved in 1000 liters per day, and deaths stopped. The farm has since been continuously watered with the same dose for the past 3 months and the disease has not reappeared.

VITAPOL LIQUID: It is a mineral feed supplement of 100% natural origin with high humic acid and fulvic acid content. It supports the immune system and increases production results. It can be easily dispensed through the drinking system. Its main constituents are humic and fulvic acids formed by the natural humification of plant materials, which contain the most important microelements in complex form.